Chiliz to Be Official Cryptocurrency Partner of as Roma 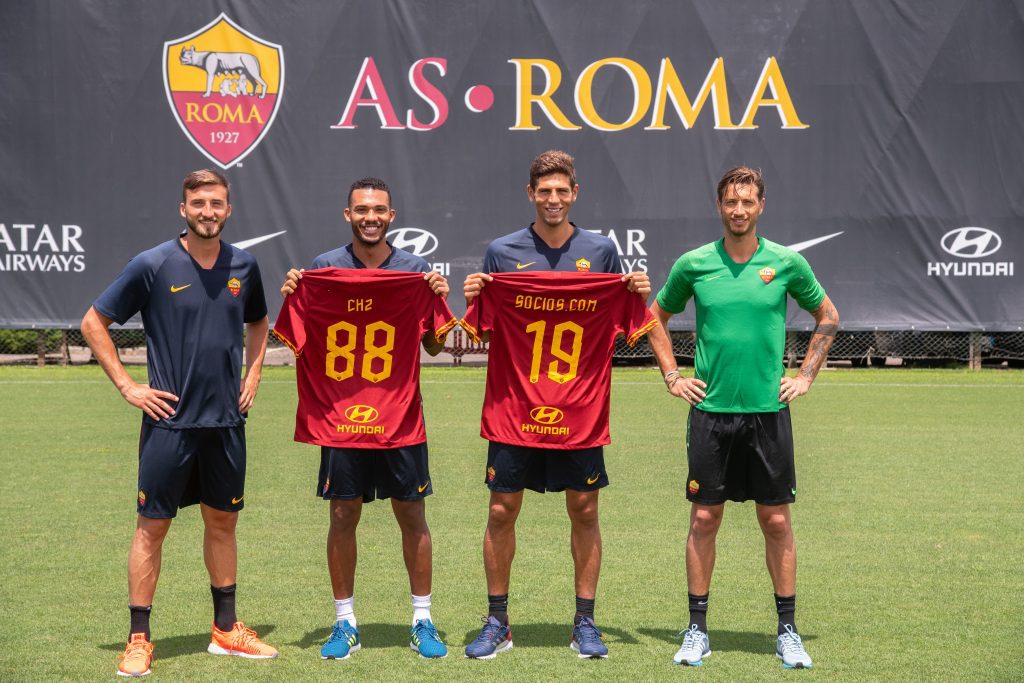 The Rome-based club, who have an estimated global fan base of 298 million, is the second Italian football club to join Socios.com, the blockchain-based fan engagement and rewards platform, joining the likes of Juventus, Paris Saint-Germain, and West Ham United in offering Fan Tokens to their supporters.

Inspired by the ‘socios’ membership model favoured by clubs such as Real Madrid and FC Barcelona, Socios.com is a first-of-its-kind blockchain-based mobile app for sports and entertainment fans. As the club’s official cryptocurrency partner, Socios.com will create a closer connection between AS Roma and its fans through AS Roma Fan Tokens – digital assets that give fans the right to vote in certain club-delegated decisions. The more fans vote and interact with the club through the app, the more rewards they can earn, competing for once-in-a-lifetime experiences, and gaining access to exclusive merchandise, games and leaderboards. From the autumn, fans will be able to choose the name of a club facility, make decisions over warm-up related activities at Stadio Olimpico, as well as decide which player will feature in a live Twitter Q&A. More poll topics will be announced in due course.

AS Roma Fan Tokens will be tradeable against Socios.com’s native token, $CHZ, a digital currency that fuels blockchain-backed platforms and products that are geared towards casual and mainstream users, and which is currently listed on BitMax and KuCoin, as well as Binance DEX – Binance’s decentralized exchange. A club’s Fan Tokens are utilised on Socios.com but operate on a separate permissioned side chain, where each club becomes a Node with Proof Of Authority (POA).  Fans must first purchase $CHZ through a cryptocurrency exchange or directly on the app itself, to subsequently buy Fan Tokens through a process known as a Fan Token Offering™ or FTO®. The AS Roma Fan Token will be priced at €2, and will be available exclusively through Socios.com in autumn 2019. Fan Tokens can also be earned by frequent and regular interaction with the club on the app or hunted for free through the app’s augmented-reality geo-location feature Token Hunt.

With hundreds of millions of digital fans across the world, the launch of the AS Roma Fan Token will evolve the club’s global fan engagement strategy and expand its global audience, bringing hundreds of thousands of fans in Europe and Asia closer to the club. 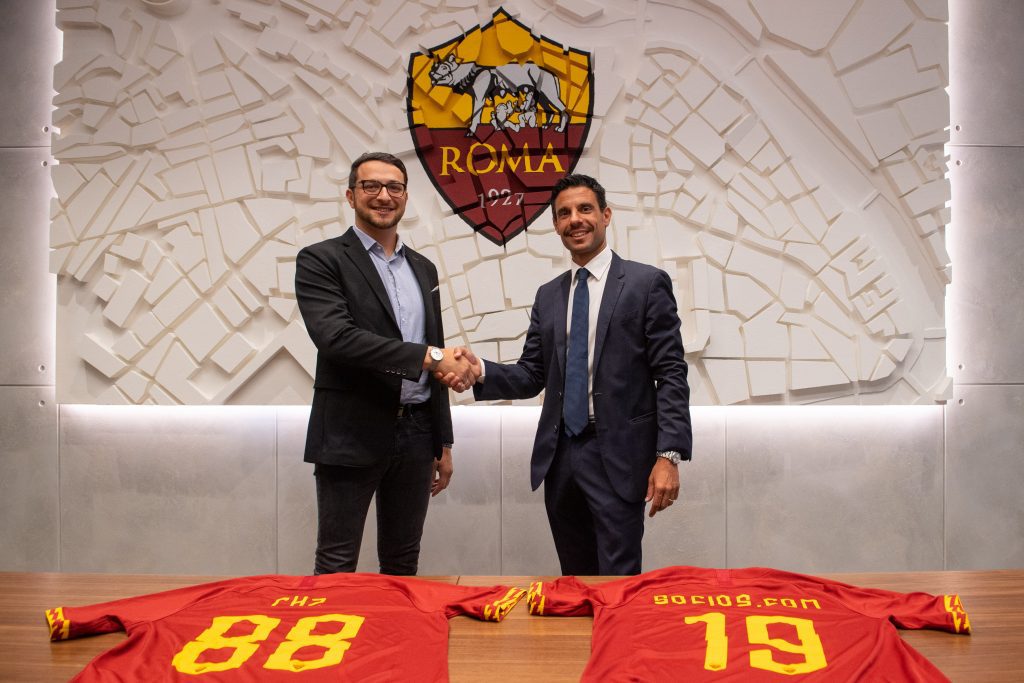 “We are pleased to welcome Socios.com among our partners,” said Francesco Calvo, Chief Revenue Officer at AS Roma. “AS Roma, as a Club, has a duty to always be very attentive and pro-active towards new technologies and innovation. Thanks to Socios.com’s blockchain platform, we can guarantee new opportunities to our fan base around the world, giving them the possibility to interact in an innovative way with their favorite team”.

Alexandre Dreyfus, CEO & Founder of Socios.com said: “I’m delighted to welcome AS Roma to the Socios.com platform. With the addition of another legendary Serie A club, we are fast building a strong ecosystem of top tier clubs, as well as a huge community of football fans, and a unique platform for fans to engage with their club in a new and innovative way. This partnership gives us the opportunity to educate a huge audience of mainstream consumers to the benefits of blockchain and cryptocurrencies, across Europe as well as Asia and Latin America. If you add up all the fan bases of our current partners, we’re already looking at a potential audience of hundreds of millions of sports fans and users for both $CHZ and Socios.com.”

Max Rabinovitch, Chief Strategy Officer for Socios.com said: “It’s exciting to be partnering with club like AS Roma, which is eager to leverage its rich history and has a genuine willingness to evolve with the demands of modern football fans to really grow its footprint globally.”

Chiliz is a digital currency for sports and entertainment platforms. It fuels the world’s first scalable, tokenized voting platform, Socios.com where fans can buy, trade and execute voting rights in their favorite sports teams. The Chiliz project has raised $66 million from some of the world’s largest cryptocurrency exchanges and leading crypto funds in Asia, including Binance, OK Blockchain Capital and Ceyuan Ventures. Chiliz is owned by Malta-based Mediarex Group, a global sports and entertainment organisation, which was founded in 2012, Chiliz is also certified by CertiK, a formal verification framework to mathematically prove that smart contracts and blockchain ecosystems are bug-free and hacker-resistant. Earlier this year, Chiliz obtained 2 licenses for Socios Entertainment OÜ, the corporate entity that will operate the tokenized voting platform. This will allow Socios.com to offer fiat and cryptocurrency exchange services on the Socios.com app, meaning fans can buy Chiliz ($CHZ) direct, without the need for a third-party exchange. The $CHZ supply will still come from approved and partnered crypto exchanges.

Here We Talk: Ask Fab anything!

Summer is for transfer news: All the gossip, all the rumours and all the Here We Go moments! (...)

First Ever Mexican Fan Token to be Released as Atlas FC Launch $ATLAS on Socios.com on June 21st 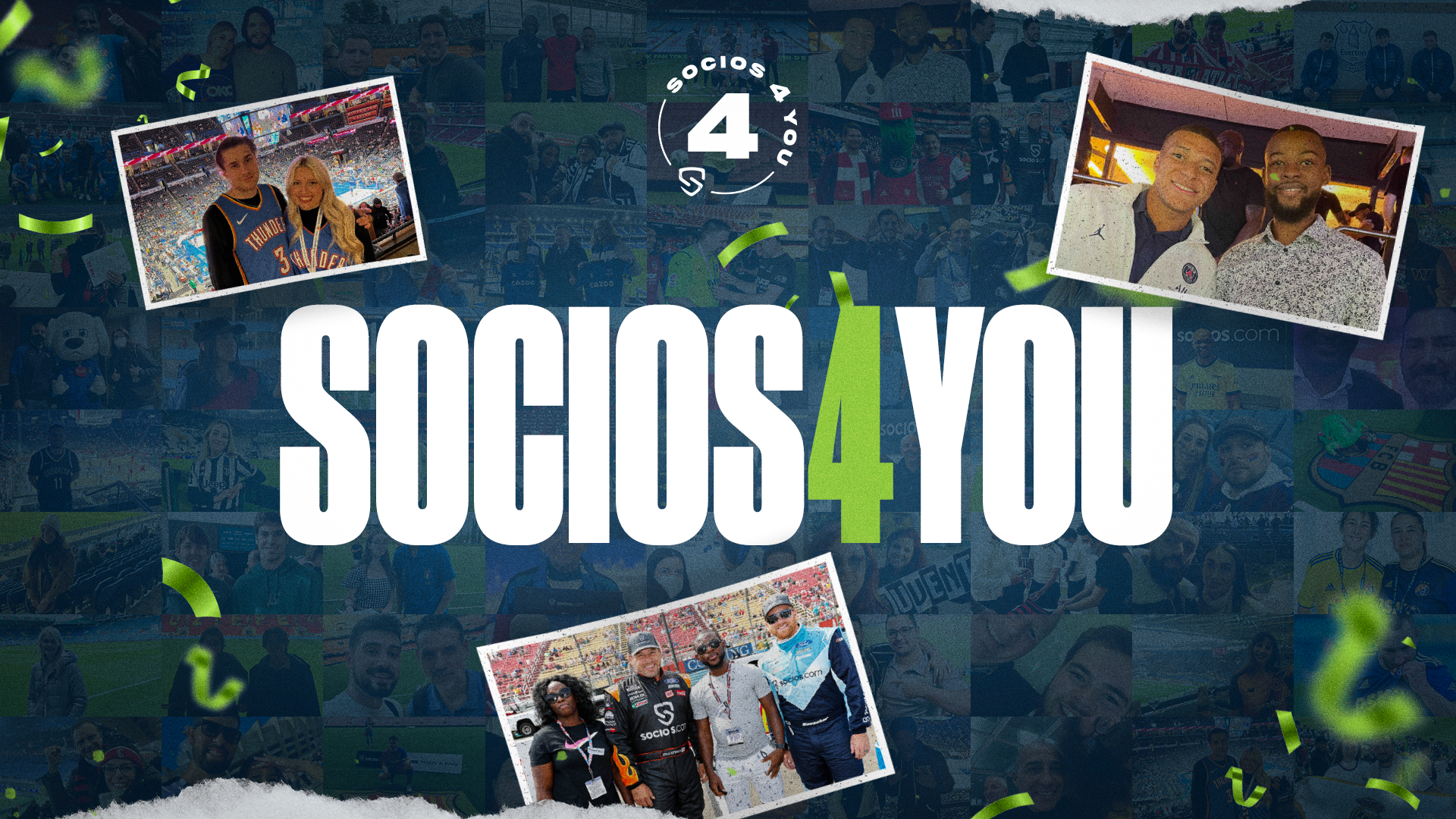 4 is the magic number