Today is Socios.com’s first birthday and what an incredible journey it’s been. From signing our first partner club, to interacting and meeting the passionate fans that inspired us in the first place, we take a look back at how far we’ve come, marking some major milestones in our first year. 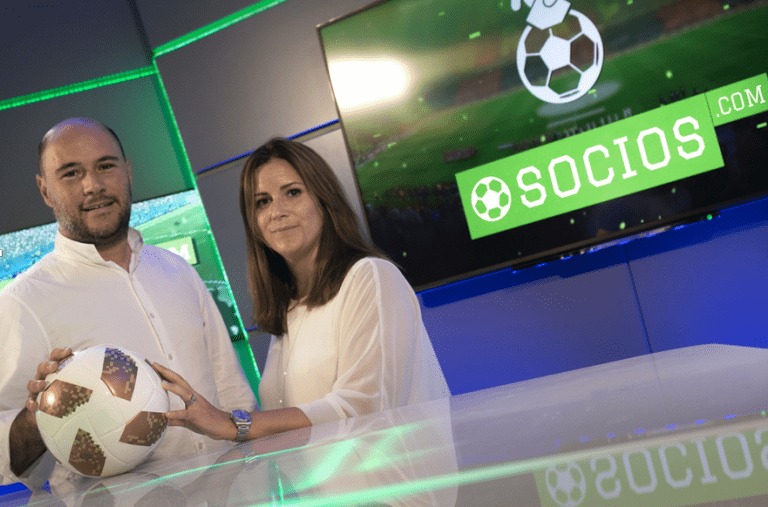 On June 18th 2018, Socios.com was born. We set out to create “the ultimate fan engagement tool for the football industry”. Armed with nothing more than a dream, a black book of contacts and some fierce negotiation skills, we set to work. 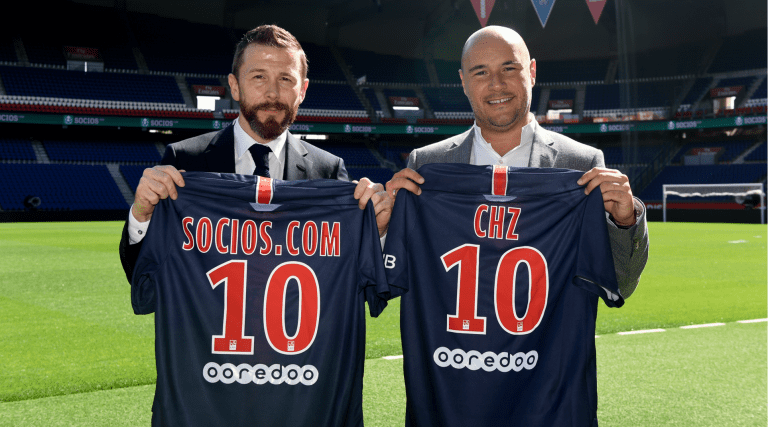 French footballing giants Paris Saint-Germain were the first football club to announce a partnership with Socios.com in September 2018. The announcement made headlines across the world, making a statement as the first major football club to embrace blockchain technology to help bring about enhanced fan engagement.

Socios.com will have an important impact on the Club’s overall business strategy and the way we engage with our fanbase. – Chief Partnerships Officer at Paris Saint-Germain, Marc Armstrong 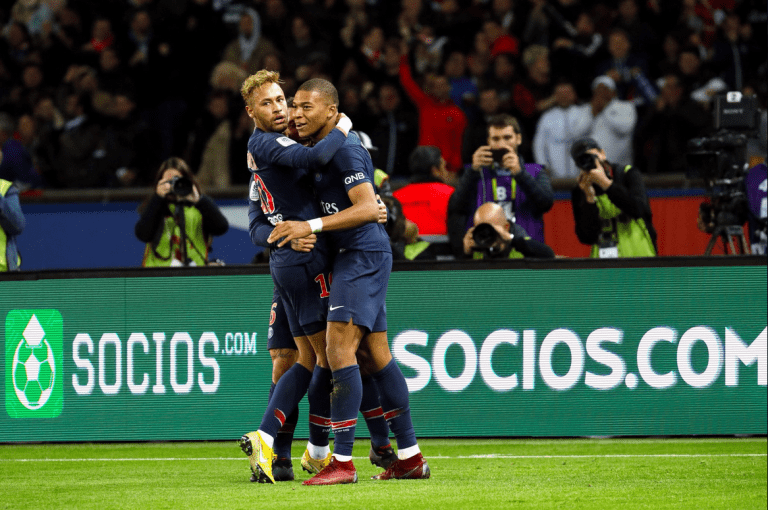 Three days later, our logo debuted at Parc des Princes, the home of Paris Saint-Germain. Our branding was now visible to millions of fans across the globe. 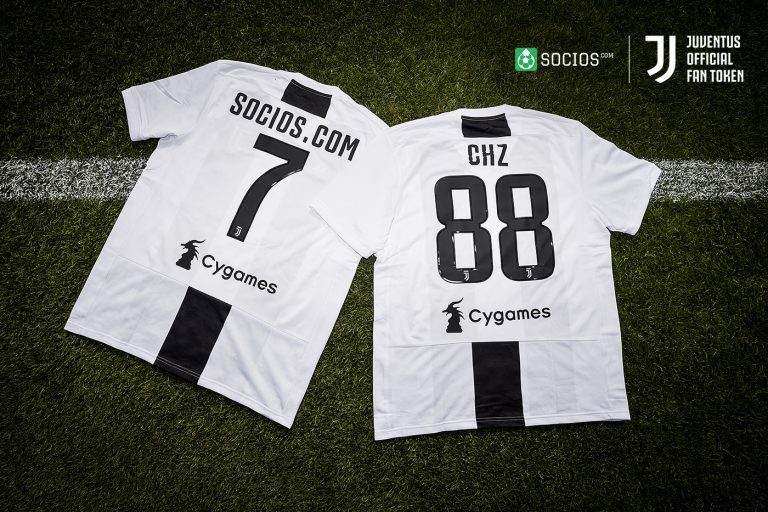 Later that month, we welcomed Italian champions Juventus to the Socios.com family. Our first club in Serie A.

Together with Socios.com, we believe that we can offer new opportunities to our worldwide fan base to engage in cutting-edge way with their favourite club.
– Giorgio Ricci, Chief Revenue Officer, Head of Global Partnerships and Corporate Revenues of Juventus

Towards the end of the year, after many hours of design work, we unveiled a new look for Socios.com, one that we felt better suited our personality and our vision for the product. 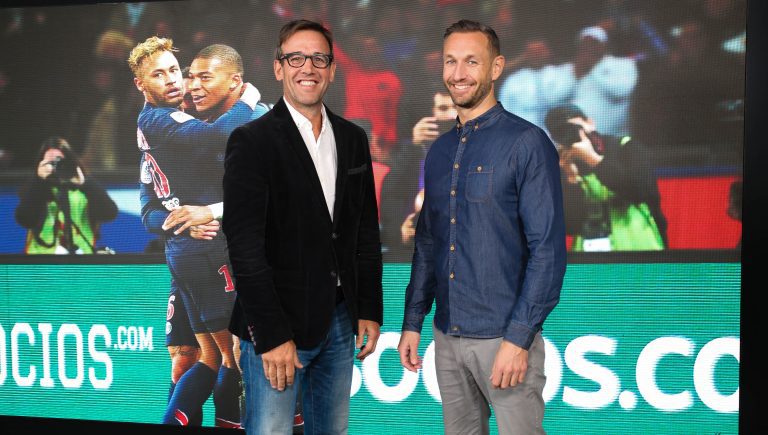 Seeing the potential of the market, with its millions of passionate football fans, we decided to branch out into LatAm and appointed Head of Business Development for LatAm, Marcelo Santurio. 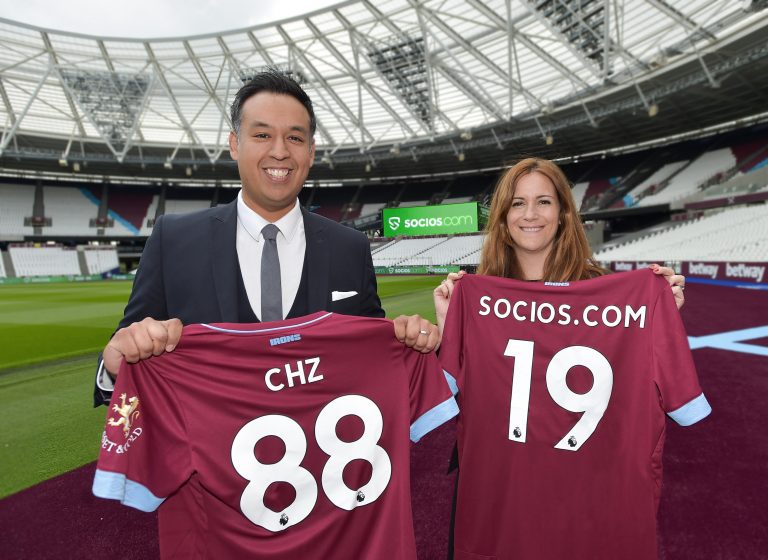 In April, we signed a partnership with West Ham United, our first (but not last) Premier League football club, and in May, we launched our first campaign with Juventus, which has helped to grow our initial user base.

Later on in May, we gave the first demo of the app, including our new feature Token Hunt, to Korean fans, where our CEO was joined by Juventus legend David Trezeguet. 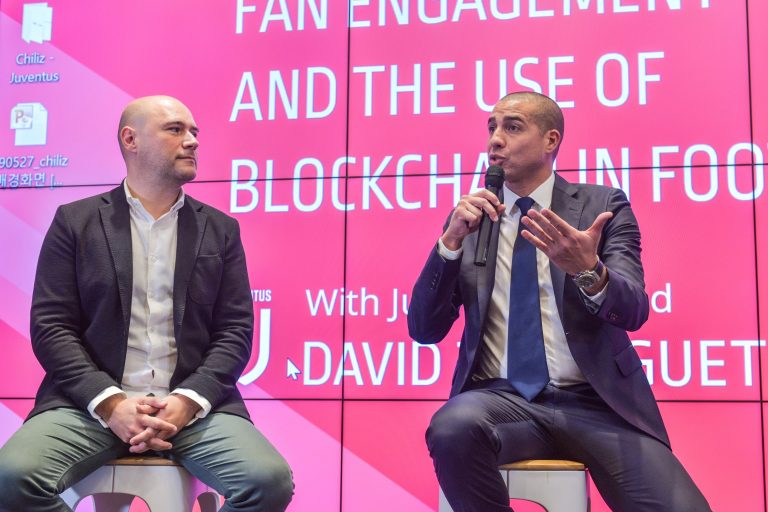 Despite having three clubs signed and announced, and a pipeline of partnerships waiting in the wings, we know the hardest part is yet to come. Educating fans about our mission, our vision, and more importantly why we use blockchain, has been the toughest challenge. To help fans understand, we created a simple explainer video.

We don’t claim to be able to change the world of football. But we hope we can make it better – for the local fan who attends every match whether in rain or shine, and equally for the fans who is thousands of miles away watching every goal scored through a mobile phone. Socios.com is for the fans, by the fans. The decisions are in your hands.

And despite the fact that our product is not yet launched, we think we’ve done a good job so far. We’ve made dreams come too – we’ve sent lifelong fans to their first ever match, fans have met their heroes and treated others to the full-on VIP experience.

⚒ To mark our historic partnership with West Ham United, we invited two lifelong Hammers for a once in a lifetime matchday experience.

The last time we were at the Allianz Stadium for a European night this happened .. ❤️#bemorethanafan

And so, following months of hard work, long hours and thousands of hours of product development, we’re finally just a matter of weeks away from launch. We have many more clubs to announce, so watch this space. And in the meantime, here’s a Happy Birthday to us and many more to follow.

Thousands of West Ham United Fan Tokens to be given for free. Price of Fan Token to be £1. Socios.com, […]

As we approach launch, we have received fantastic feedback from both football fans and clubs. However, we are not so […]