West Ham United is the first Premier League club to partner with Socios.com, joining the likes of European clubs Paris Saint-Germain and Juventus.

Inspired by the Socios club membership model in other European countries like Spain, Socios.com is a first-of-its-kind mobile app for football fans, where fans acquire the ability to vote – by buying, earning or hunting for Fan Tokens – on selected club decisions, earn club rewards and compete for once-in-a-lifetime experiences.

Socios.com will launch the Official Fan Token of West Ham United. The club will seek the input and opinion of fans by running exclusive polls on the mobile app, with the Fan Tokens offering the opportunity to vote and share their voice. The Fan Tokens will also give fans access to rewards, exclusive merchandise, games, leaderboards and exceptional experiences too. 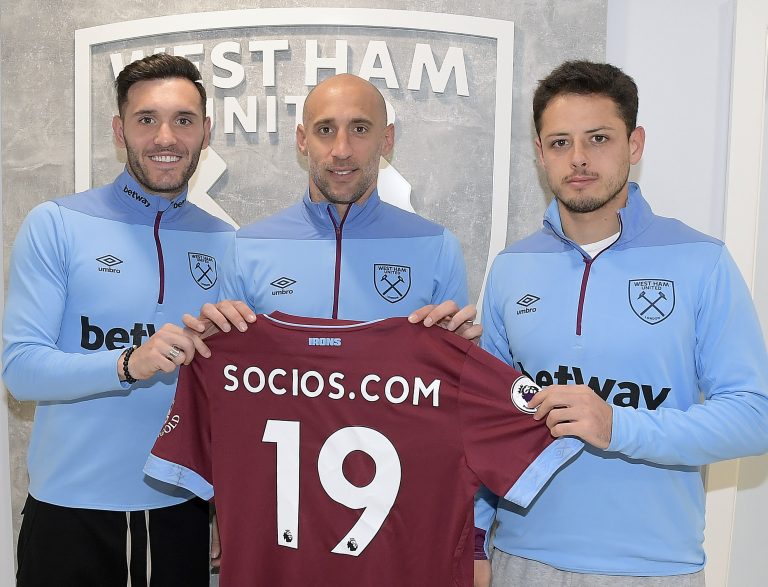 With more than 40 million supporters worldwide and a global, digital fan base that exceeds 5 million across social media platforms, the launch of the West Ham Fan Token will evolve the club’s global fan engagement strategy and expand their global audience, in particular, bringing millions of fans in the UK and abroad closer to the club.

The West Ham Fan Token will be available to fans at the start of the 2019/2020 season; fans can purchase Fan Tokens directly through their mobile phone via the Socios.com app. Fans will have a greater influence the more Fan Tokens they hold. The value of the fan token will also go and up or down based on market demand.

Karim Virani, Digital & Commercial Director of West Ham United said: “Our fans are what make West Ham United a unique and special club and we’re excited to partner with Socios.com to give fans a new way to engage with the club. We recognise that many fans are now digital users first, with many looking at and using new technologies in their day to day lives. As a result, West Ham United’s presence on Socios.com’s state of the art platform will further give us the ability to interact and get direct feedback in real-time from our global fanbase which will be important to our future fan engagement strategy. We’re very excited about the possibilities Socios.com offers us to give fans the best experience possible, whether they live within a mile of the stadium or thousands of miles away.”

Emma Diskin, Chief Marketing & Communications Officer for Socios.com said: “We’re delighted and proud to have West Ham United as our first Premier League partner. With one of the most passionate and engaged fan bases in the Premier League, West Ham United is a forward-thinking club that can maximise the potential of what fan voting and Fan Tokens can offer both fans and clubs by building better engagement for football fans. I am delighted that West Ham United has chosen to partner with Socios.com, and we look forward to showcasing the innovations that our sports engagement platform and technology can offer the club, its fans and the rest of the Premier League.”

Alexandre Dreyfus, CEO & Founder of Socios.com added, “We’re building a strong eco-system of top-tier clubs from the best and most exciting leagues across the world and are very excited to have West Ham United as the first Premier League club to drive the evolution of football fan engagement. Having a club like West Ham United adopt fan voting is a big step in realising our goal of building the world’s biggest global football community and marketplace for football fans, alongside demonstrating that blockchain and cryptocurrency is the trusted technology of the mainstream. We will be announcing more European partners very soon, with more Premier League clubs set to follow West Ham’s lead in creating the best-in-class fan engagement.”

The West Ham United FC Official Fan Token will only be available through Socios.com, and will be tradeable against the platform’s native token, $CHZ – fans will need to purchase ChiliZ tokens to exchange into Fan Tokens.

Socios.com helps football clubs achieve digital transformation through blockchain technology. Socios.com is powered by the Chiliz token ($CHZ), an ERC20 utility token on the Ethereum blockchain. Fan Tokens are specific to a team or a club, and are a finite, digital asset that provides access to an encrypted, immutable ledger of voting and membership rights ownership. The tokenized fan-voting platform uses Fan Tokens, which operate on a separate permissioned side chain. The Fan Tokens are limited in number, and are fungible, meaning their ownership can be traded, and their price is driven by the market. The platform has been developed to help sports teams increase fan engagement and achieve essential investment from fan-monetization. The venture was inspired by the fan-led management frameworks or ‘socios’ of some major football clubs. Dubbed ‘Socios 2.0’, the platform simply represents the digitisation of this model of management. Last year, the team behind Socios.com raised more than $66 million in funding, including investment from some of the world’s largest cryptocurrency exchanges (Binance) and
leading Asian crypto funds.

In case you haven’t noticed, the World Championships kicked off. 64 matches in 29 days is a tru (...)

Apple Pay is now available on Socios.com, allowing more fans from around the world to get closer (...)

One of the most exciting aspects of every World Championship are the venues. For this edition, ei (...)

2020 European Champions Italy are the darlings of European and world football. They’ve given fa (...)

STANDING OUT FROM THE CROWD: SARRIES FAN RENAMES STAND AND ENJOYS VIP UNVEILING

Saracens superfan Lesley has been supporting her team from the stands alongside her husband since (...)

Napoli Fan Tokens are your way to impact the Serie A side and get rewarded while getting closer t (...)