In case you haven’t noticed, the World Championships kicked off. 64 matches in 29 days is a true football celebration and of course, we’re on hand to make things extra spicy for you.

Most of you are now competing in the World Championship Leaderboard, with huge prizes up for grabs.

Each time you predict & check into matches you’ll score points for the leaderboard, and when you play the freekick challenge double points are up for grabs if you represent both teams.

Let’s get to the most exciting part: the prizes:

How many points will you score? Remember, competing is free with no Fan Tokens needed.

There are even more ways to win, and this time we’re enticing you to predict Messi’s magic. Competing for the signed t-shirt is super simple: 24 hours before each Argentina match, tell us what type of goal he will score and when and you’re in with a good chance! Vamo Messi!

We also put some of our Socios.com behind-the-scenes heroes to good use, challenging them to a predictor challenge. Can you outsmart the admin himself and two other football maniacs? Check out our twitter feed for more!

How about this for a matchday souvenir: The Portugal Captain’s armband! Fans took part in a Reverser Auction and scooped the armband worn by the Portugal captain himself in the game against Spain. One lucky $POR Fan Token holder won the reverse auction and cherishes it as her nation looks to conquer the world in November and December. 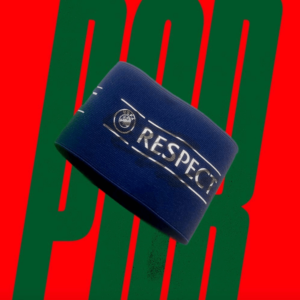 We loved Xzibit’s MTV show Pimp My Ride, and, well, since we couldn’t exactly go to town on a Formula 1 car, we still had a window of opportunity for our fans to get creative on the Alfa Romeo F1 Team Orlen’s cars.

$SAUBER Fan Token holders were asked to submit a motivational message which was displayed on Valterri Bottas’ and Zhou Huanyu’s cars for the final race of the season in Abu Dhabi. 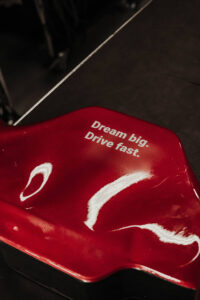 Asking the Special One a question

Our $ASR Leaderboard winner had the perfect opportunity to ask Jose Mourinho a question as Roma headed to Japan for a friendly against Nagoya. Our Fan Token holder had access to training and enjoyed a meet and greet with the Roma stars in what was a super day out. In the presser, he asked Mourinho about his favourite part of Japan, and what Japanese food he enjoys most, turns out Jose thinks Wagyu is special! What would you ask Jose?

Living the Dream with your $TRA

Trabzonspor opened the Akyazi Stadium to lucky $TRA Fan Token holders for a game of football with the likes of Mandıralı and Ibrahima Yattara and more club officials. They met the players, enjoyed a unique local dance show and later received their winner’s medal and trophy from Trabzonspor’s Secretary General himself. How about that for a Live the Dream experience?

We held a 3X3 Basketball event at Watergarden, Istanbul, hosted by no other than national team player Sinan Güler himself. Fans applied to play via the Socios.com app and played street basketball, had a Slam Dunk competition, 3 pointer challenge and many more shows and experiences in a Socios day to remember!

Atlético Madrid has established itself as one of the most successful teams in the Spanish League (...)

January Rewind: A New Year with new ways to collect

2023 kicked off with a bang as Socios.com Collectibles was launched during the EA Sports Supercup (...)

The ball with which Federico Dimarco scored Inter’s opening goal against AC Milan in the EA Spo (...)

Federico Dimarco’s game-scored ball from the EA Sports Supercup final will be available for you (...)

Based in Turkey, Galatasaray are famous for its passionate fan base and exciting home match atmos (...)